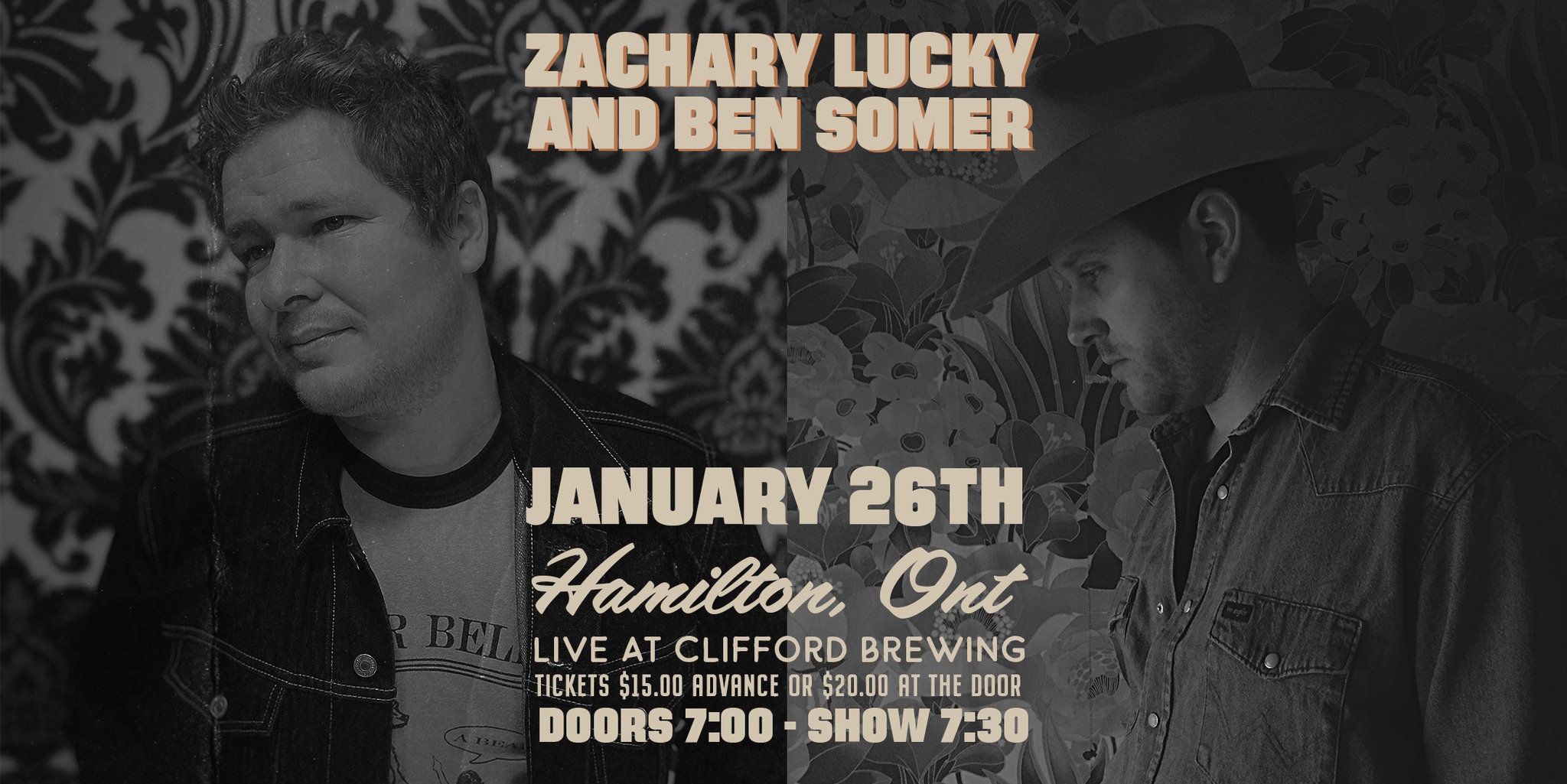 Thursday January 26th
Zachary Lucky and Ben Somer
Live in Hamilton at Clifford Brewing
Tickets $15.00 in advance or $20.00 at the door
Doors at 7:00 PM, Music at 7:30 PM.
——————————————————————
Zachary Lucky is unapologetically old-school country, armed with a husky, baritone voice – He often receives comparisons to songwriters such as Gordon Lightfoot and Kris Kristofferson. He sings of Canadian places and people as knowingly as he might Townes Van Zandt or the Rio Grande. It’s a relatable show on many levels, and conjures universal feelings that have passed through our collective timelines. Already hailed as a master storyteller by outlets ranging from No Depression to The Globe and Mail, Zachary is becoming a legend in his own right and has safely reserved his spot at the table of Canadian roots royalty.
Zachary’s most recent album, Songs For Hard Times, was released in November 2021 and has seen him on the road almost non stop, performing all throughout Europe and currently sees him on a coast to coast Canadian tour in support of this record. Zachary returns to Hamilton, Ont on January 26th 2023
——————————————————————
Ben Somer is a North American original, pulling influences from the greats that came before, but wholly responsible for creating his own imaginative world. Ben has a strong sense of the song, a gift for songwriting that brings to mind the legacy of Cash or Dylan, a songwriter who can shine a light on the harder humanities without losing sight of our hopefulness.