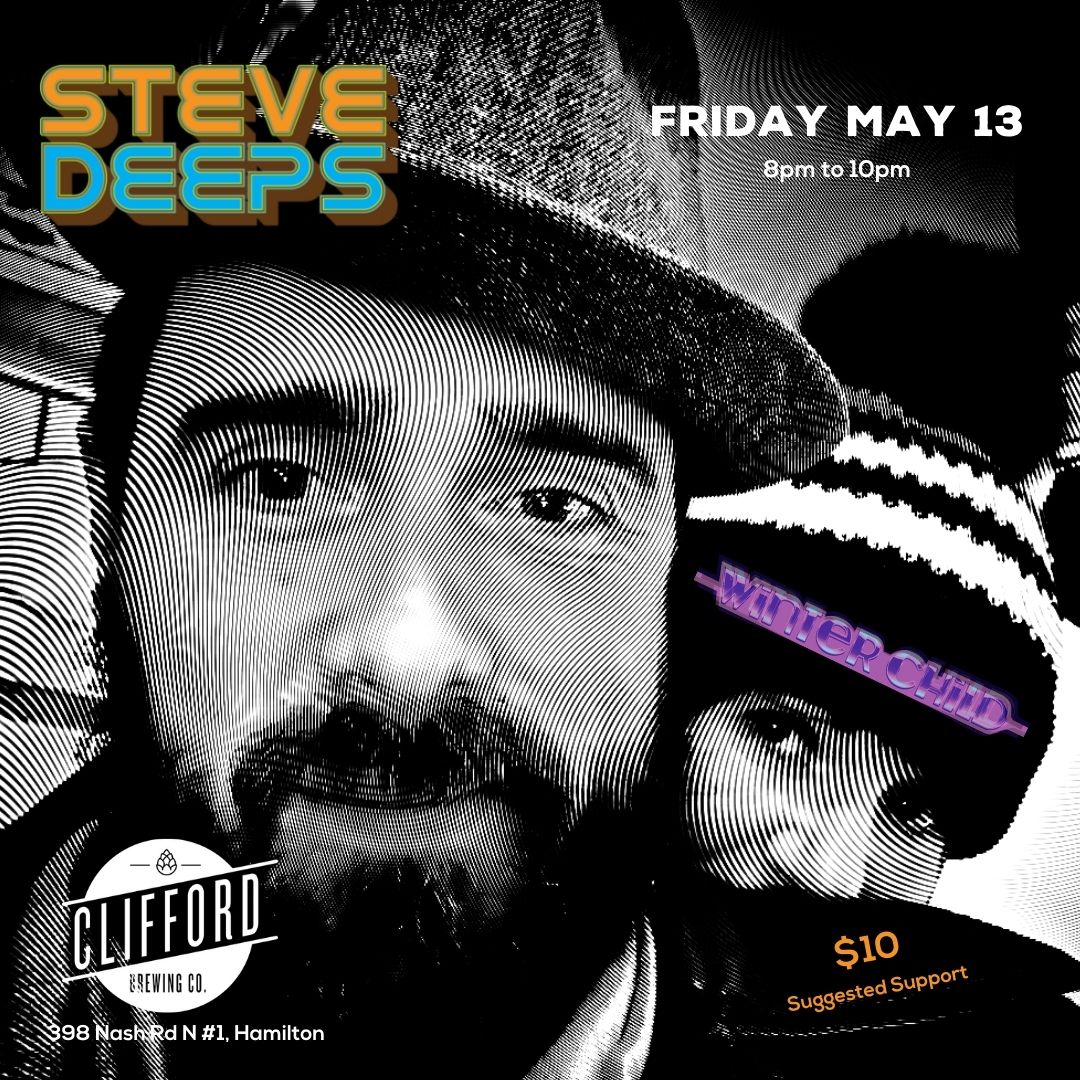 Steve Deeps
Get fired. Get divorced. Make a record. That wasn’t how Hamilton singer songwriter Deeps planned it, but that’s how he found the freedom to pursue music full time, sacrificing the comforts of family and a living wage to get real. “Some truth came out of hitting the bottom”, says Deeps, the stage name of Steve De Piante. His first full length solo record, “In The Aftermath of Last Night”.

Winterchild
An artist who’s voice memos on her phone are in the 1000s loaded full of music takes and lyrical experiments, Danielle has finally assembled a band to debut her material in a full band experience. Joined onstage by her partner in life, Steve Deeps (drums), Andrew Marshall (bass), and Ryan Barwin (lead guitar).